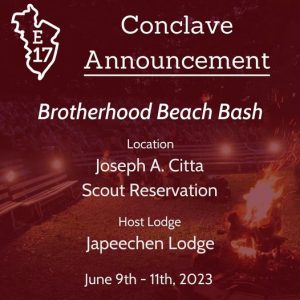 Registration will be opening soon for this great event! 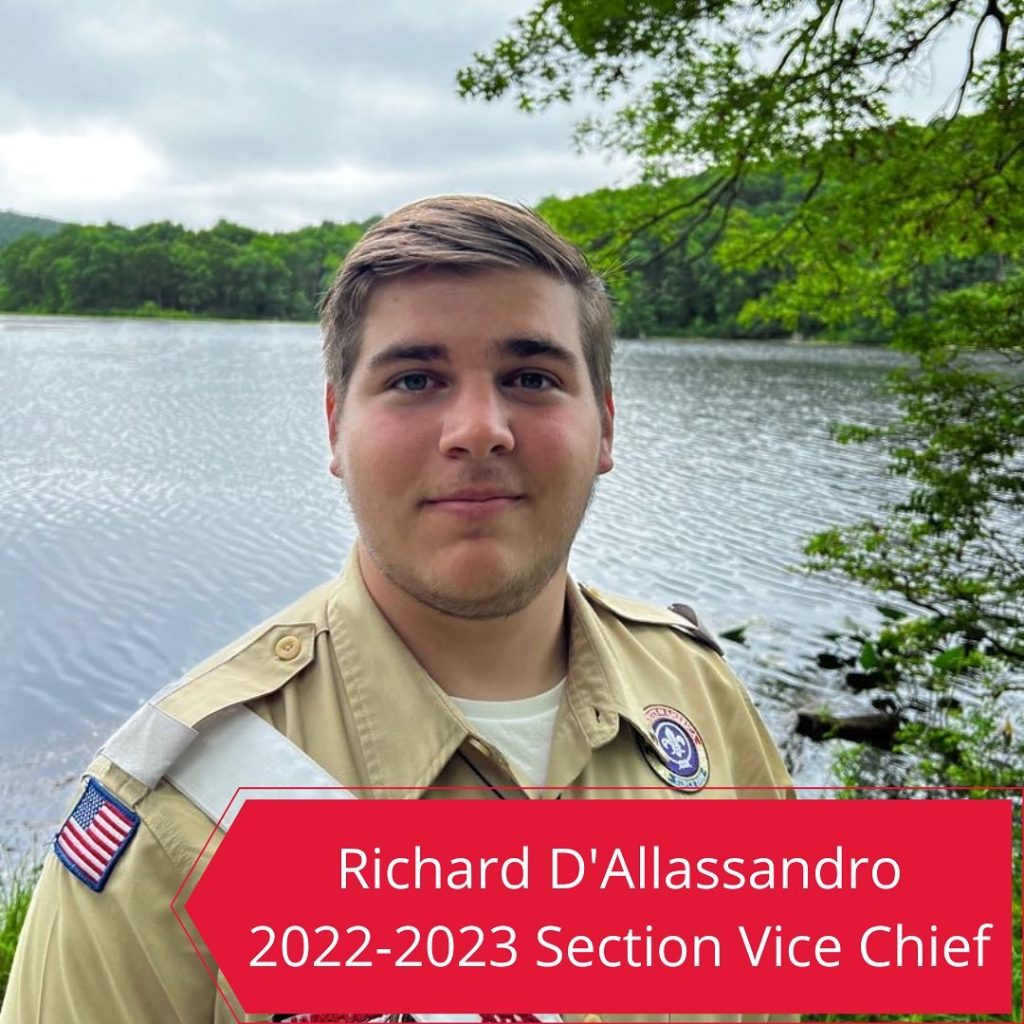 Rich D’Allassandro is an Eagle Scout , Wood Badge Fox, And Vigil Honor Member of Japeechen Lodge 341. Before his election, Richard served as the Japeechen Lodge Chief and many other positions within his lodge. He works as the First Year and Scoutcraft Director at the Joseph A. Citta Scout Reservation, where conclave will be held in 2023! Outside of scouting, he is a musical education major at The College Of New Jersey and loves all things involving music.

When asked about what can look forward to with Section E17, he responded “Of course the ever-growing network of lodges will be better then ever, but trainings created and given by phenomenal facilitators on topics arrowmen want to see will be a key part of this years success